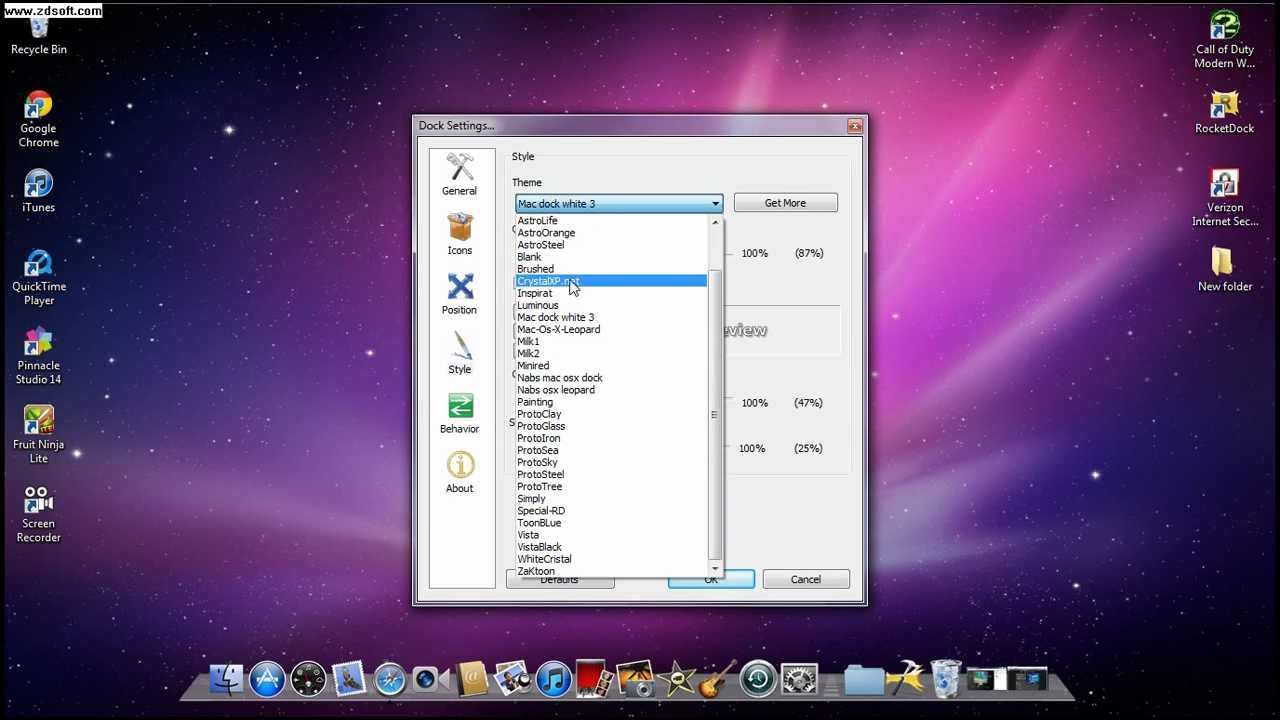 Love ‘em or hate ‘em—application launchers from Windows and Mac OS X have fans, followings, faithful, and detractors. Assume you use or used both Mac and Windows. Which of the two do you prefer? The Dock or the Taskbar? At a basic level, most of us use our computers, Macs with OS X, Windows XP, in similar ways for similar tasks. We open and run applications, open and use documents, and get a screen full of each that grows as the day goes long. One of the more controversial aspects of using both Windows XP and Mac OS X is the Taskvar vs.

Dock comparisons. Email, browsers, utilities—we have our favorites and customize the computing experience to match our tastes and work flow. The launcher, though, is somewhat universal in that it’s the first place the average Mac or Windows user goes to find, open, use applications and documents.

Windows Taskbar and Mac OS X’s Dock qualify as application and document launchers, and a finder of sorts. When we’re lost in a sea of open windows, we’ll often head back to the start of origin. Windows Taskbar has been around since Windows 95, with the familiar Start button in the left side of the screen. The Dock in OS X traces heritage back to Steve Jobs’ other company, NeXT, as NeXTSTEP and OpenSTEP so neither tool is young. At another basic level, the Dock and Taskbar behave the same but do what they do quite differently. The Dock displays icons of your choice, applications, documents, utilities.

An open application, for example is simply higlighted by a small triangle on the bottom. Put too many icons in your Dock and they shrink to accommodate the number, sometimes making the icons so small they can’t be identified. A similar problem shows up in Windows Taskbar. Too many open applications will shrink the visible information in the bar so you can’t tell what’s what. Both examples above are an extreme view, but not so extreme that most of us haven’t had the problem before.

For the purpose of this article, the Intel-based Mac Mini was selected to compare the Windows XP and Mac OS X operating systems. The primary reason for the Mac Mini selection was that it has the best overall driver support of the available Intel-based systems available.

Windows XP Taskbar grouping helps the space issue. The Dock only displays what’s open and running, or any other apps and docs you want to show.

In typical fashion and character, OS X’s Dock tends to be more graphical in nature, providing a quick view of status. For example, the Dock will display the number of new email messages in Mail, or how many RSS feeds are unread in your reader. When a Mac application needs attention, the Dock icon bounces up and down until you bring the application to the foreground.

If imitation is a form of flattery, there are more tools in Windows XP to provide Dock-like functionality to the Taskbar, than the other way around. Mac users will point to Windows Taskbar and say, “ Oh, that’s so 90s.” Windows users will look at the Dock and exclaim, “ Ooooh.

Mozilla thunderbird email for mac. Eye candy.” Through the course of a day, I’ll bounce back and forth between Macs, Windows PCs, even Linux desktop PCs ( many of which feature a taskbar similar to Windows, and a Dock similar to OS X). Arguably, the easiest to learn and use is OS X’s Dock. That’s partly true because there’s not much to learn. Windows XP’s Taskbar is less difficult to teach others to configure than any version of Linux desktop taskbar, but barely. Microsoft loves features and configuration options, most of which the average user knows little about, seldom uses, and can be confusing.

I’ve toyed with pre-release versions of Windows Vista, due out sometime in 2007. Again, Microsoft found something in OS X they like. The new Windows Vista Sidebar looks remarkably like Mac OS X’s Dock, in this case providing access to Microsoft’s version of Dashboard Widgets. They’re called Gadgets.