Re: Is Creative Suite 6 compatible with Yosemite? Tr4visjames Jun 10, 2015 1:49 PM ( in response to Steve Werner ) Thanks Steve, I'm less worried about InDesign, and more about Photoshop and Illustrator. Adobe creative suite 6 price. Lightroom crashed a couple times of me but it might not have been OS X Yosemite's fault. Adobe and Apple have worked closely together to test Adobe Creative Cloud applications for reliability, performance, and user experience when installed on Intel-based systems running Mac OS X Yosemite (version 10.10). Mac OS X Speciality level out of ten: 0 Nov 17, 2016 10:27 AM in response to dubtastic In response to dubtastic I've been using Creative Suite 6 on Yosemite, El Capitan and Sierra, with no bother whatsoever.

I'm doing a mail merge in MS Word using MS Access for my database backend. I needed a way to save each mail merged document in a seperate file so I turned to groups.google.com and I found the following VB code that will allow me to save my mail merge documents to seperate files. The only problem, is that it will not let me go past 255.

Mail merge to separate files I am using Office for Mac 2011 and need to split a mail merge document that has 1-page for each recipient into a series of individual 1-page documents, preferably using one of the merge-fields to name the series of resulting documents — I cannot find a solution anywhere. Remove mail merge data source from MS Word Document. But you should then save the document, and try opening it again. If that doesn't work, try to get to the point where the document is open, then open the Mailings tab, click the Start Mail Merge button in the Start Mail Merge group, then select Normal Word Document from the dropdown.

Recently I had to create a lot of documents based on the same template, so I decided to use. Unfortunately when you generate a document from a defined Mail Merge template in Word, you end up having all the pages inside one huge document. But I wanted to have each form in a seperate word document. To achieve this non-standard behavior, I wrote a little helper: execute the following VBA Macro on your Office Word Mail Merge template to have Word generate & save every record into a single file. Attention • Unfortunately this Macro does not work with Microsoft Office 2010+ on Windows! (Reason is the next point #2) • There is one thing to do manually, because I couldn’t solve it programmatically: you have to manually set the “Mail Merge Output” setting to “Current Record”! (default is “All”) Here’s the VBA code for the Macro: Alternative approach An is to split the generated mail merge document based on the section breaks that Word inserts when executing mail merging.

For me this was not working because of special formatting and tables inside the tempalte document. First let me give credit where credit is due because I know absolutely nothing of writing macros. In fact this is my first attempt at using a macro let alone modifying the code. Armed only with 24 year old knowledge of Basic (yes the original, not Visual Basic) and Fortran (no not the punch card Fortan but really close) I took Mr. 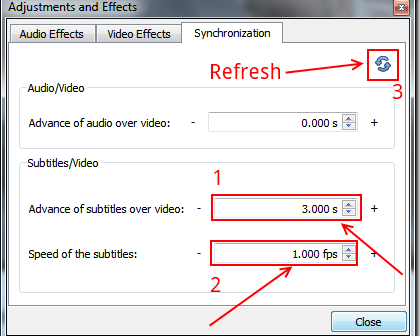 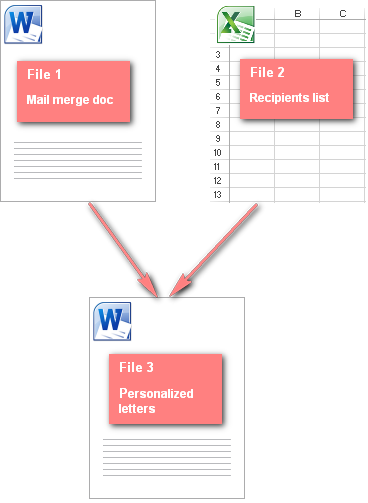 Raduner macro above, Remou macro code for producing pdf’s at the following link, and a few others and combined different aspects and PRESTO!!! I clearly got very lucky but it works in MS Word 2010. Hope it works for everyone else as well. I’m loading both individual pdf creator and individual word file creator. Raduner will work his magic, clean this up and make it more user friendly for everyone else as he clearly knows way more than I do. I’ve just used your original code in Word2010, and many thanks for putting it together. I looked for quite a while for something clear and simple.

While my last programming was in Basic (before QuickBasic even), I did manage a simple improvement which seems to avoid the whole “current record” issue. You can leave it set to “All”. All of my individual documents appeared the same when opened, which forced me to try this: With ActiveDocument.MailMerge.DataSource.FirstRecord = rec.DataSource.lastRecord = rec.Destination = wdSendToNewDocument.Execute End With The DataSource.FirstRecord and lastRecord pointers (probably the wrong term) are all that I put in there, and now the rec variable insures that I get the right record.

Works great now. The only other change I made was to hard-code the filepath since I wasn’t getting any kind of prompt. Anyway, maybe someone else can profit by this.