Quicken is the top selling personal finance software on the market, and QuickBooks is the number one small business accounting software package, according to Intuit, the maker of both products.

Avoid Quicken Essentials and purchase Quicken 2007 for Lion/Mt. Lion directly from Intuit for $15: Quicken for Mac will not read Windows QDFs. You will have to manually set up your accounts on the new Mac version and then EXPORT the account information from Windows to QIF files and then IMPORT them back into the Mac version. The Mac version has less features than the Windows version. If you find an essential feature for your needs is missing (personally, I have not), you can always run Quicken for Windows on your Mac by installing Windows into Bootcamp and/or a virtualization program, such as Parallels.

It's not a great product in my opinion, but it is current and it suffices. This article explains how to migrate to either product from Quicken for Windows: You might also consider iBank, a sort-of similar product to Quicken that is designed specifically for Mac. I have no financial interest in any of these companies or products. In my two years commenting about Quicken on the Macintosh in this forum, you are only the 2nd person who claimed to be using Quicken Essentials instead of Quicken 2007 for Lion/Mt. I do not know what changes in the home/personal accounting field would have required any updates to Quicken since 2007, but the reality is, if you take the time to search this forum, the overwhelming sentiment is against Quicken Essentials on the Mac! Free studio converter for mac. I am glad it works for you. As for me, I was happy with Quicken Deluxe 2002 until the lack of Rosetta in Lion led me to the Intel update of Quicken 2007 for Lion; released by Intuit in February/March 2012.

If I may ask: what did you find lacking in Quicken 2007 that caused you to migrate to Quicken Essentials in 2010? Let me try to remember. I may not have all the details quite right. I think it was around the time that Lion was introduced that Apple dropped their support for something (was it called Rosetta or something like that?) that retrofitted code back to an old Mac hardware. As I recall, there was a time therefore that Quicken for Mac 2007 either stopped working on OS X Lion or that was a threat. Intuit then did some after-the-fact retrobuild, as I recall, to basically patch Quicken to allow it to run again on Lion.

Frankly, I'm not too impressed with Intuit's support for the Apple world in either Quicken or Quicken Essentials and have been contemplating switching to iBank for some time. (But I do use and appreciate TurboTax on my Mac, and think it's fine.) UPDATE - Yes, it was Rosetta that got me started on this crusade.

You mentioned the name Rosetta. Message was edited by: sberman. Ah, thank you.

Then you made the switch in February 2011, not 2010, when Lion was introduced. Yes, Intuit's traditional poor treatment of Mac users caused quite a bit of commotion when Lion eliminated Rosetta; forcing some to use the 'dual-boot' system to run their PPC Quicken 2007 (installing Snow Leopard with Rosetta into a partition on their hard disk or on an external hard disk), or where 'dual-booting' was not an alternative, installing Snow Leopard into Parallels 7, so that Quicken 2007 PPC would run concurrently with Lion.

The latter method is how I kept Quicken Deluxe 2002 working until Intuit finally released Quicken 2007 for Lion. No one is impressed with Intuit's support for Quicken/Quickbooks in the Apple world.

Like death and taxes, it seems like a universal inevitability! Yes, I understand. As a great admirer of Apple, I expect to always very quickly be able to upgrade to their latest software (as I will once again when Mavericks is introduced in the Fall) and have my core products and apps continue to function. I expect a firm like Intuit to immediately have its products work with whatever changes Apple plans to make as it revises and updates its products. (In fact, in Intuit's case, as I recall, their CEO is on Apple's Board of Directors.) Unfortuantely I have less and less confidence in Quicken to keep up with Apple's changes. 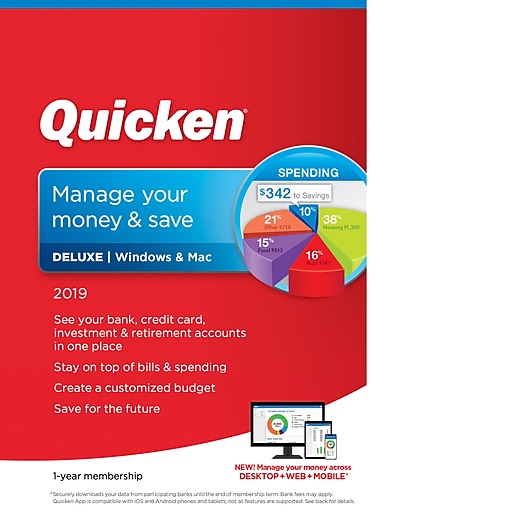 I would be unwilling to delay my Apple product upgrades, either hardware or software, to await some third party to 'catch up.' I think iBank may be more committed to the Mac than Intuit. IBank does offer free trials, and as I say I've been considering that for a long time. But I suspect it's a hassle to set up the new accounts with my financial institutions, and that's why I've been slow to do the download and trial. I hope that Quicken for Mac 2007 continues to function well under Mavericks for you. And most importantly I hope that a fear, either well based or hypothetical, that Quicken may not work with Mavericks does not delay your upgrade. (Obviously I am not suggesting you blindly upgrade and get blind-sided by Quicken failing - I'm saying I hope it continues to work seamlessly.).