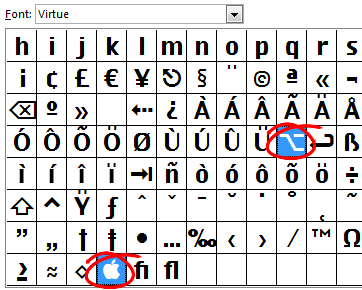 Here, create a new Application Shortcut, assign it to Microsoft Excel.app, and for the menu entry, type Customize Keyboard (with an ellipsis or three dots at the end.) It should look like this, and once it's set, you can use your custom shortcut to open the window in Excel: Tested on OS X 10.8 with Excel 2011. Free minecraft download full game for mac.

An ongoing shortfall on the Mac (for me) has always been the lack of Alt-key control of the menus in Office--in Word, PowerPoint and especially Excel. Since I can't take 'no' for an answer I thought I'd try this forum, although Apple.com doesn't seem to have a place for non-Apple apps for the Mac. I am looking for Alt-key navigation for the Mac versions of Windows Office (at least as available through Windows Office 2003 versions). If you've never used Excel on a Windows machine, you will likely misunderstand this request (based on my review of Google search results). In Windows Excel 2003, you can access any menu command through the keyboard in a very efficient way.

A lot of Mac people respond to Alt-key questions with the standard shortcuts (Command 'O' is open) or thinking the problem is that there is user confusion because there is no Alt key ('it's the Option or Command key'). All this is known and used often. I'm also not interested in the Accessibility feature (Ctrl-F2) which is very slow compared to direct access since you're essentially replicating a mouse action, rather than an actual keyboard shortcut.

This question is application specific (Office); I know about OS system shortcuts (and use those often as well). What I am interested in is leveraging keyboard commands, since although not GUI and oh-so-not-nouveau- cool, are the old fashioned way expert users get work done really fast.

When you need to pound in data, keeping your hands on the keyboard is always faster than typing, the mouse/eye, then hands back to typing, then mouse/eye. What I am looking for is some trickery, macro, add-in, something that replicates being able to hold down the 'Alt' (option or command or control on the Mac) key and type TOG (for example), which will instantly execute toggling grid on or off (Tools/Option/Grid). WAO ( window/ arrange/h orizontal), and so on through tens or hundreds of very frequently used menu combinations. In addition to just being faster, this approach is faster if you get 'mouse fatigue' (eye strain or wrist/hand strain or both), especially on multiple and large displays at high resolution.

With Windows Alt key navigation, you can navigate by touch typing even if you're using an infrequently used menu combination by holding down the Alt key and reading the menu, seeing the shortcut (underlined letter), typing it, and moving on to the next submenu (or the next work task). Granted, Microsoft's new Ribbon interface (started on Office 2007 on Windows) seems to indicate the world thinks more GUI is needed, but I've yet to find an expert user who doesn't hate it. Fortunately in 'Ribbon' versions of Office, you can still type most Alt key shortcuts from memory. They're not documented anymore since there are no 'menus' with the Ribbon. Sort of the world's largest collection of Easter Eggs.