On August 18th, Parallels updated its Parallels Desktop to This has been an annual tradition with Parallels, and each new version brings a host of new features and performance improvements. This year is no exception. And while the new features seem to be fairly modest on the surface, they always seem to strike the right balance and give customers what they’ve been asking for.

Perhaps, from an average user’s standpoint, the most welcome new feature is the ability to purchase the latest version of Windows from within the Parallels Desktop 12 (PD12) app. App also directs user to Windows 10 ISO download site if license in hand.

PD12 Features PD12 has many new features, but I won’t go into all of them in detail in this Quick Look review. Presented here is a summary of notable items. If you are a regular user of Parallels Desktop for the Mac, it’s just about a no-brainer to upgrade every year. The company has never failed to make it worthwhile. Notable Features of Parallels Desktop 12 • Supports Windows 10 and macOS Sierra. • Easy link to purchase Windows 10. 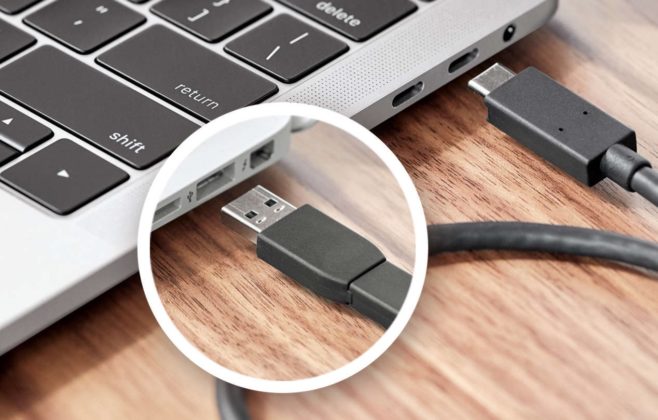 Now that I am working independently and I need storage solutions for my media backups, I immediately looked to Western Digital. I have a 2016 13-inch MacBook Pro, which only had USB-C ports on it so I was grateful to find that WD had a portable storage option for people in my situation — the My Passport Ultra USB-C edition.

• Integration of Windows internet passwords to Mac keychain. • Network manager/conditioner (Pro version). • Manage VM resources on the fly (Pro version). • VM file archiving (Pro version). One of the most touted features of PD12 is the This is (an expandable) set of tools in the form of clickable icons that make life easier.

It’s installed from the app’s Preferences. Toolbox access via menu bar. This may seem like a trivial addition, but I think it’s a helpful addition for novice users who just want to run Windows on their Macs but aren’t experts in operational nuances. This feature is available by subscription for $9.99/year, so experienced users will want to ponder its utility. To make it tempting, Parallels is planning for updates every few months.

There’s a 14-day free trial, so user’s can check it out. One of the great annoyances of Windows is its annoying insistence on applying updates when you want to shut down. This can take a long time, and it’s not a happy experience when one is eager to shut Windows down as a bad thunderstorm approaches. PD12 can arrange to have these updates done at a more convenient time. As part of that, there’s an option to have Windows always running in the background. That also allows Windows apps to launch just about immediately.

A minor change to a VM can result in Time Machine backing up the entire VM file every hour, and that will chew up disk space in a hurry. To assist with this, PD12 includes a utility to help. All Parallels Desktop 12 for Mac customers will receive a one-year subscription to an industry-leading backup solution from Acronis True Image, which includes a fast incremental backup feature that reduces the time and size of subsequent backups and provides up to 500 GB of free online storage. Performance The most notable performance improvement is in the creation of snapshots, described at 90 percent faster. The suspension of VMs is claimed to be 60 percent faster.

Performance testing isn’t part of a Quick Look review, but Parallels tends not to exaggerate these kinds of claims. Pricing The for the standard and Pro versions are summarized as follows. The recommended retail price (RRP) of Parallels Desktop 12 for Mac is $79.99. Upgrades for existing Parallels Desktop 10 and 11 for Mac perpetual license customers are $49.99, with an introductory offer to upgrade to a Parallels Desktop Pro Edition subscription for $49.99 per year for life. Bottom Line The upgrade from PD11 to PD12 was flawless for me, and I was immediately able to test its features. I liked the ability to download Linux distributions from the New menu, for example, Fedora 23.

I think the Toolbox is a good idea for novice users. I liked the addition of a facility to properly and incrementally back up VM files.

Snapshots, as claimed went. I did have a problem installing Parallels Tools (not Toolbox) in Windows 7, something I’ll need to delve into with Parallels. All in all, PD12 looks to follow in the tradition of a great series of annual Parallels Desktop upgrades. Time permitting, I’ll follow up with more details.